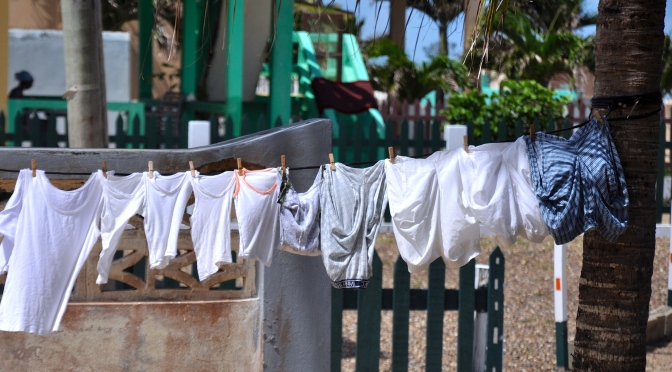 There’s nothing like a good rhyme to kick off a blog post about a country where we almost got blown away by an almost hurricane. Luckily we weren’t swept into the Caribbean, but we were blown away by some serious good times because my brother came to visit! Whoot!

“Habla Español in Belize?” “Er no, we speak English”

By the time we crossed the border into Belize, we were well versed in answering border control questions in Spanish. So needless to say, we were a bit stunned when Mr. Border Control asked us about our family tree and future plans in English. It was the strangest thing – you cross one border in the middle of Central America and all of a sudden everything flops over to English. To be lost in translation for over 3 months makes one a bit oblivious to reality, because 90% of the time we actually didn’t know what was going on around us.  While we were in Guatemala, the Guatemalan president declared a state of emergency – we only found out about it after our worried parents contacted us to find out whether we’re okay. Go figure.

Walking across the Melchor de Mencos border to the closest town took us about an hour, so at least we had time to shift our lazy brain gears over to English. From Benque Viejo del Carmen we took a bus to Belmopan, which is the (teeny tiny) capital of Belize. From Belmopan we had to wait an hour or 10 for the next bus to Dangriga, the beachside town I decided we should go to. Now the bus queueing system in Belize is totally different from the rest of Central America. Previously we just had to gun it, taking our backpacks off mid-run and swinging it to the bus wrangler who’ll tie it to the roof. In Belize you queue for the bus in a straight line. But the moment the gates open the polite line morphs into a Rorschach inkblot of people trying to squeeze onto the bus. Luckily we are well trained in the ancient art of bus squeezing.

Cabins in the wind

Dangriga was nice, but slightly odd. With a population of 9100 it’s the largest town in southern Belize and also the hotspot of the local Garifuna culture [Quick history lesson: the Garifuna people are the descendants of Nigerian slaves who were shipwrecked in the early 1600s. Over the years they fused into the Carib Indian communities and ta-dah! The Garifuna (or Garinagu as they call it) culture was born]. Amongst the Garifuna people, who are all tall, toned and pretty much catwalk material, are a handful of Asian shopkeepers, two lost Australian backpackers, a couple of Hispanic families and Ruthie – the owner of Ruthie’s Cabins.

Ruthie and her husband were lovely hosts. After booking into our cabin, we stayed for a little chat, but realised that even though they speak English, we can still only understand 50% of the conversation. Thanks to Wikipedia, here’s an example of Belize Creole:

English: “If the cow didn’t know that he could swallow grass, he wouldn’t have tried it”

So we smiled, nodded our heads and said yes to dinner the following evening. While we walked the only main street, we tried to tune our ears to the local dialect and compared prices between the different supermarkets. Basically, we couldn’t afford to buy any snacks, beer or cold drinks, because even though it looks like Belize is falling apart from the outside, it’s still pretty expensive. So I had a cheese sandwich at the only restaurant in town. We also met a super tall stringy looking guy called William – the local tour operator and stopping-for-a-lengthy-chat guy.

That night a storm the size of Canada broke loose. While our cabin swayed from side to side at 2am (Mother Nature always strikes at 2am), I worked on an emergency escape plan: put on shoes, grab passport and run when the roof blows off.

It didn’t blow off. The next morning William was waiting outside our cabin to shoot the breeze with us.

Us: “Er, fine? Was that a hurricane last night?”

So it turned out that it wasn’t a hurricane. And Ruthie said she’ll let us know when we should start to run.

And that was Dangriga. Small town, strange English, loads of friendly people. Oh, and Ruthie’s dinner was amazing – she made us snapper with tomatoes served with coconut rice and black beans.

I must be honest, I wasn’t too sad to leave this ol’ town. The almost hurricane was enough to get me packing. That and the fact that my brother was on his way to Belize City #yes!

(Oh ja, if you want to get your head around Bileez Kriol, click here.)

A travel blog by the wife.